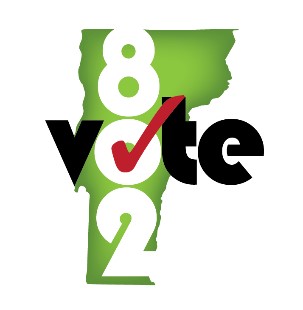 Meet Vermont’s newly appointed State Director of the Department of Agriculture Farm Service Agency (FSA) – Wendy Wilton!  You might know her as Rutland City’s Treasurer and as a former candidate for State Treasurer. Wendy spent the last 10 years serving Rutland as the Treasurer, Tax Collector and Pension Administrator.  She accomplished a great deal while in Rutland.  She put the City’s financial house in order, recovered from a $5M deficit and achieved a “clean” audit for the City after 31 years of adverse audits.

Politics and Graveyards…. An interesting topic for a show, don’t you think?  Pat McDonald and Ben Kinsley, co-produce and co-host a TV show called Vote for Vermont.  On a recent show they interviewed Dan Barlow, public policy manager for Vermont Business for Social Responsibility (VBSR).  He represents VBSR at the statehouse lobbying on such topics as health care reform, clean energy, and employment issues.  He was also an award-winning journalist.  But in his off hours he is the co-founder of Green Mountain Graveyards, a photographer and researcher devoted to telling stories about Vermont cemeteries.  This year Dan was among the 40 most accomplished young leaders in Vermont who were recognized by Vermont Business Magazine as a Rising Star for their commitment to business growth, professional excellence and their communities.

Pat McDonald and Ben Kinsley are co-hosts of the show, “Vote for Vermont.”  On a recent episode Doug Hoffer, Vermont State Auditor, joined Pat and Ben to talk about accountability in state government. The State Auditor’s Office (SAO) is tasked with three major priorities: conducting the audit of the Comprehensive Annual Financial Report (CAFR), the federal single audit, and performance auditing of various state agencies.

Pat McDonald and Ben Kinsley, co-hosts of “Vote for Vermont”, were joined by Vermont’s Director of Drug Prevention Policy, Jolinda LaClair on a recent show. Jolinda, a 35-year public service career veteran, serving with Congressman Jeffords’ Office, as Director of USDA Rural Development, and as Deputy Secretary of Agriculture.

Pat McDonald and Ben Kinsley are co-hosts of the show “Vote for Vermont.” Joining them on a recent show was a repeat guest, Meredith Angwin, author and nuclear advocate.

Meredith introduced a video by Eric Meyers, who founded Generation Atomic and is a trained opera singer.  Eric sings an aria he wrote called “Aria de Thorium”.  Quite a different approach to advocacy. No marching, carrying signs or debate – just telling your story through opera!

Pat McDonald and Ben Kinsley are co-hosts of the show “Vote for Vermont.” Joining them on a recent show was Governor Phil Scott.  McDonald started the discussion noted that just recently Business Insider Magazine ranked Vermont as one of the 15 states for job seekers.  The Governor noted that while this is good news, it highlights the problem of Vermont’s demographics. While there are jobs, we need more people to take advantage of the opportunities.

Pat McDonald and Ben Kinsley are co-hosts of the show “Vote for Vermont.” Joining them on a recent show was Michael Snyder, Commissioner of Vermont’s Department of Forest, Parks and Recreation (FPR). Michael has been a long-time forester, serving for 14 years as head Chittenden County forestry in addition to 12 years of teaching forestry at UVM. He was appointed by Commissioner by Governor Shumlin and reappointed Commissioner by Governor Phil Scott in January.

The Challenge of Serving Vermonters

TOPIC: The Challenge of Serving Vermonters

Pat McDonald and Ben Kinsley are co-hosts of the show “Vote for Vermont.” In a recent show they interviewed Al Gobeille, Secretary of the Agency of Natural Resources (AHS).  He has quite the backstory, having graduated from Norwich University, served in the US Army, is a restauranteur, former Chair of the Green Mountain Care Board and now Secretary of AHS. Al said his secret to success is to surround himself with experts in their field who share his values.

Pat and Ben have covered Vermont’s mental health crisis in several shows in the past few months.  In a recent show, Mary Moulton, Executive Director of Washington County Mental Health Services, and members of her staff spoke highly about a new program called Team Two. The program is about bringing mental health professionals and first responders together to train on techniques for handling individuals with mental health and intellectual disabilities. This helps to ensure a successful response during a mental health crisis.  To learn more about the program Pat and Ben invited Kristin Chandler, Team Two Coordinator, and Chief Tony Facos, Montpelier PD, on the show to talk about the program.